This was a very special way to get the podcast going, so thank you to everyone at Aurochs who helped make it possible.

This was the first interview:

I’m lucky enough to know one of the founders, Ryan Bove, from college.  While he was enjoying a weekend away, his lifelong friend and co-founder, Doug Foster, and their head brewer Will Watson, were kind enough to talk about their brewery and incredible beers.  We’d visited the brewery once before a few years ago, but it was right at the start of their brewhouse expansion and there was not a drop to drink. Needless to say, I was very excited to land in Pittsburgh and go straight to the brewery.  Adding to the excitement was the fact that I’d be able to drink something on nitro for the first time since my Guinness kick of 2010 prior to going gluten free. This drought of draught was nearly as long as the playoff drought of my beloved Buffalo Sabres and the Aurochs Nitro Brown Ale was the perfectly delicious way to end it.

As we started the recording, I continued on sampling their selection with the Blonde Ale my wife was enjoying.  Even though we recorded for about 50 minutes, Doug, Will, and the staff hosted us for nearly three and a half hours.  Will provided a tour of the brewhouse a few steps from where we recorded and I sampled everything else on draft that night.  That included their regular Brown Ale, a Session IPA, my first real NE IPA (not counting a bad batch of homebrew), and ending the night with their Porter.  I didn’t know it until tasting it, but that porter may just be the dark ale of my dreams. It had such complex and deep flavors that I can still taste several months later and plan to try to replicate someday at home.  I’m looking forward to following their growth as they expand to Philadelphia and beyond. Hopefully one day I’ll be able to grab that porter closer to home. Until then, and I say it this way only because I find it funny and from Pittsburgh, yinz have to try this beer! 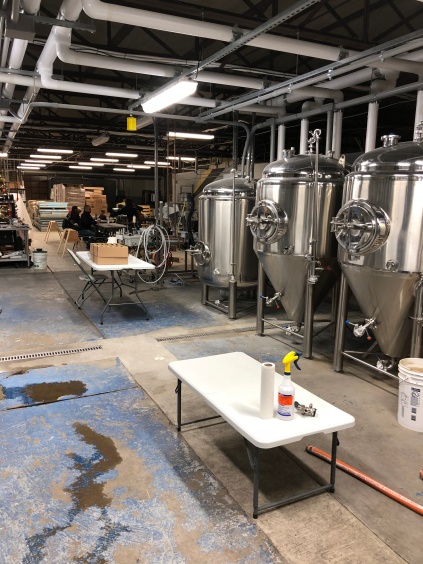 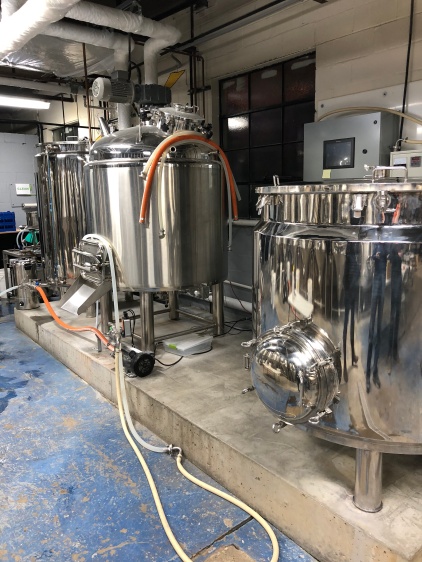 This thing is finally live. Check out the who, what, why of the niche of niche podcasts.  Thank you to my lovely wife, Laura, and to Ghostfish Brewing Company with the assist on celebrating the start of this via their 2nd Anniversary Wood-aged Imperial Brown Ale.  Since I purchased it, I was saving it for a special occasion and thought starting a gluten free brewing podcast was a perfect fit. I’ll do my best to keep improving with each podcast. First on that list would be not sounding so nervous recording something fun of my own creation.  The beer should help…enjoy!